Time in the White House

Making it to the White House

Williams’ story demonstrates that success does not only come from knowledge and talent but also from dedication and love. Williams had little professional training in landscaping when he was first given the opportunity to work as the superintendent of the District’s Kenilworth Park and Aquatic Gardens in the 1950s. His work ethic, passion, and aim for quality helped him stand out and get chosen to do some projects in the White House.

It was these qualities and his love for his work that made him gain great success and led to the first lady, Jackie Kennedy, make him the head gardener of the 18 acres of land that make up the White House property.

His work in the White House

Apart from his basic duties of counseling the first families on which trees and plants to have in the garden and maintaining the ground when events took place in the White House; such as the annual Easter Egg Roll, his also career consisted of dealing with big projects like the previously mentioned Rose Garden and mending of the damage created in 1994 by an airplane crashing in the South lawn.

Williams’ work and skills were admired by many. This is why, throughout the years, Williams dealt with not only the White House lawns, but also: Ford’s pool, Carter’s daughter’s tree house, and George W. Bush’s horseshoe pit.

Williams learned all the 400 trees of the White House, showing his dedication for the job. Though he was not very public on his work and stayed behind the curtains for most of the time, he focused his time and effort on the projects he dealt with. This, in fact, gained him the respect of the many first families that he worked for. 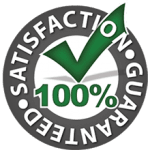 "Paradise Pest Control and Lawn Care are the best I’ve ever used. Especially with my lawn.
I had problems with a previous company that killed a portion of my lawn, and Paradise not only got it back to normal but improved it immensely. Myself and two other neighbors who are using them have the best lawns in our subdivision. And their prices are very reasonable.
I also added them for pest control, and they do an excellent job there as well. When I had an issue with ants in one location, they quickly came out and corrected the problem.
Great product and great service. I always recommend them to my friends."

Our landscaping has never looked better!

John is just amazing. John has taken care of us for many years. Ever since I switched to Paradise Pest control I have had very little pest problems and the few problems I did have (due to heavy rain) John was great! He came right out to the house and took care of it immediately. I can’t say enough good things about this company. Highly recommend!

Great service at a fair price! Nice to work with. I recommend 110%.

Joseph A. (On Google) 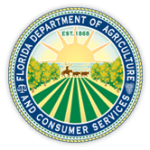